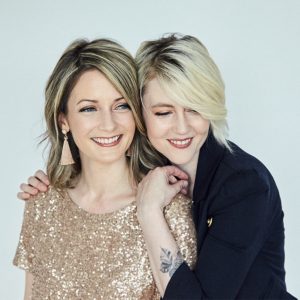 Best friends since 1992, that became Juno nominees and winners of the 2010 Canadian Folk Music Award for Vocal Group of the Year.

Amanda Walther and Sheila Carabine of Dala write and sing in harmony.

Creating the lush harmonies best described as catchy, insightful, and angelic that have become their trademark.

They have since released five albums and toured extensively across North America.

No strangers to the festival scene, they have also performed at The New Orleans Jazz Festival, The Edmonton Folk Festival, California’s Strawberry Festival and Mariposa.

In 2009, they were the only Canadian act invited to play at the 50th Anniversary of the Newport Folk Festival.