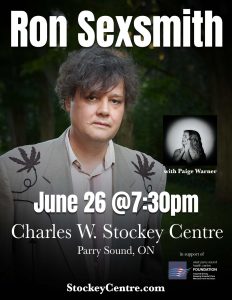 Hermitage is the first album on which he played nearly all the instruments, an idea he credits to producer and longtime drummer Don Kerr. “Don said ‘Why don’t you make one of those sort of Paul McCartney-type records?’ and it’s like a light bulb went on over my head,” he says. “That had never occurred to me.

“I think it’s a very upbeat album, lyrically,” he confirms. “It’s reflective of the sort of peacefulness that I’d recently felt. I’m getting more comfortable in my own skin.”

With an evocative voice that captivates her audience, Paige Warner creates music that sits between R&B and singer-songwriter with soul-inspired vocal licks layered on catchy hooks and rhythms. Her debut EP, ‘Revealed’, launched her independent career. With over 59,000 combined listens on Spotify alone, Paige’s recent singles have drawn love from media and listeners alike.